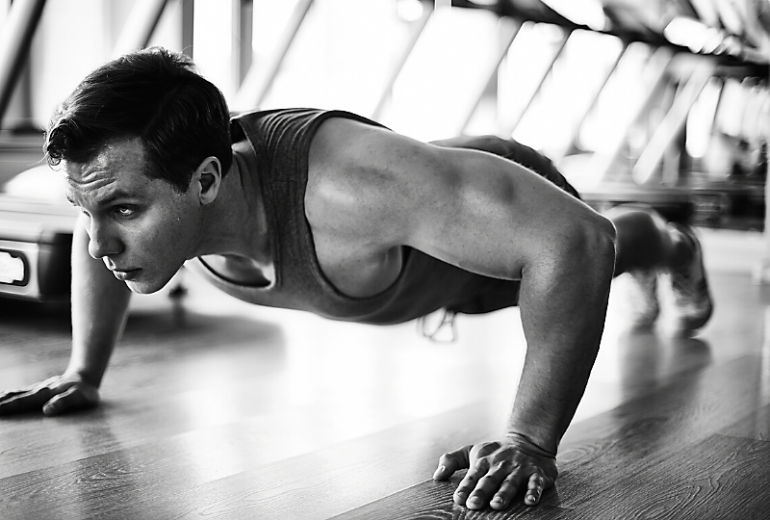 Adopting a balanced diet combined with mild exercise and sufficient rest, promotes physical fitness, health and therefore reproductive health. In case of any underlying health issues you should always consult your doctor for an individualized nutrition and exercise program that will fit your personal profile.

Zinc has been shown to play a role in regulating sperm count and quality. Men who are infertile tend to have lower zinc levels than men who are fertile. So, if you want, you can up your intake by eating: oysters, red meat and poultry, shellfish, such as crab and lobster, fortified breakfast cereals, nuts and beans, whole wheat grain products and dairy.

Folate is a B vitamin that has been linked to sperm health. Low folate is associated with damaged sperm DNA, lower sperm densities, and lower sperm counts. For increasing the intake, you can eat green, leafy vegetables, such as spinach, romaine lettuce, Brussels sprouts, and asparagus, fruits and fruit juices, especially oranges and orange juice, nuts, beans, and peas, whole grains, fortified breakfast cereals, enriched flour products, such as breads and pasta.

Vitamin C is an antioxidant that plays an important role in male fertility. Increasing vitamin C intake has been shown to improve sperm motility, count, and morphology. You can up your intake by eating citrus fruits and their juices, sweet peppers, other fruits, such as kiwi, strawberries, and cantaloupe, other vegetables, such as tomatoes, broccoli, Brussels sprouts, cabbage, potatoes, fortified breakfast cereals, dairy, and other food products.

Vitamin D supplements have been linked to increases in testosterone and improved sperm motility. You can up your intake by eating oily fish, such as salmon, mackerel, and tuna, beef liver, cheese, egg yolks, fortified milk, yogurt, and other food products and mushrooms.

Along with other antioxidants, vitamin E may help improve sperm quality. Vitamin E has antioxidant properties that protect sperm from damage. You can up your intake by eating plant-based oils, such as corn, safflower, sunflower, and soybean oils, nuts and seeds, green vegetables, such as broccoli and spinach, fortified juices, margarines, and other food products.

Coenzyme Q10, also known as CoQ10, is an antioxidant that all living cells need to function. Research shows that CoQ10 supplements can increase semen quality in men who are infertile. You can up your intake by eating: meats and poultry, especially beef and chicken, fish, such as herring and trout, plant-based oils, including soybean and canola oil nuts and seeds, especially peanuts, sunflower seeds, and pistachios.

Omega-3s have wide-ranging health benefits, including enhanced sperm count, motility, and morphology. You can up your intake by eating fish and seafood, especially salmon, mackerel, tuna, herring, and sardines, nuts and seeds, including chia seeds, flaxseed, and walnuts, plant-based oils, such as flaxseed, soybean, and canola oil, fortified eggs, yogurt, and beverages.

L-arginine appears to play several different roles in male fertility. Inside the body, it transforms into nitric oxide, which promotes sperm function. L-arginine supplements have been found to increase sperm count in rabbits at certain doses. However, the same study found that too high of a dose of L-arginine decreased sperm motility. You should talk to your doctor about how L-arginine may affect you before adding more to your diet. You can up your intake by eating meats and poultry, such as pork loin, turkey, and chicken, nuts and seeds, especially pumpkin seeds and peanuts, beans and lentils and dairy products.

High soy intake has been linked to low sperm count. You may want to limit your intake of soy-based foods, such as soy milk, soy sauce, miso, tempeh and tofu.

Excessive drinking can have a negative impact on sperm production and quality. If you drink alcohol, it’s important to do so in moderation. According to the Centers for Disease Control and Prevention, up to two drinks per day is considered moderate for men.

One drink is defined as:

Intense physical activity may affect the semen concentration, as well as the number of motile and morphologically normal spermatozoa. Training at higher intensities and with increased loads seems to be associated with more profound changes in semen quality. In recreational athletes, exercise has either a positive or neutral effect on semen parameters.

Cycling is one of the most troublesome activities for fertility due to the mechanical impact sustained from sitting on the saddle, gonadal overheating, wearing tight clothes, and hormonal dysfunction (hypogonadism). In a number of studies (usually focused on road-bikers), cycling has been associated with abnormal spermatozoa morphology and reduced motility.

Training in running affects semen. It is possibly due to disturbances in the hormonal milieu (e.g., gonadotropins and testosterone), the stress response (e.g., corticotropin-releasing hormone, adrenocorticotropin, cortisol, and beta-endorphins), oxidative stress, and scrotal heating.

Running a minimum mean distance of 108 km/week for 12 months has been associated with reductions in several semen parameters as well as sperm concentration and motility and number of round cells.

Mountain trekkers should be aware of the potential effects of high altitude on fecundity. Issues of concern for this population include the direct influences of the low-oxygen environment on spermiogenesis and spermiation, epididymal dysfunction, alterations in the hypothalamo–pituitary–gonadal axis, and/or hyperprolactinemia.

In addition to influencing the sperm concentration, exposure to altitudes higher than 2,000m may result in reductions in sperm motility and the number of spermatozoa with normal morphology.

Effects of Doping on Semen Parameters

Anabolic androgenic steroids (AAS) are not only the most commonly used drugs for doping among male athletes but also probably the most dangerous to the reproductive system.

Hypogonadotropic hypogonadism and a dampened semen profile are well-known signs of AAS abuse being sometimes described as anabolic-steroids induced hypogonadism (ASIH). In athletes suffering from ASIH low or normal concentrations of gonadotropins and low concentration of testosterone are usually observed. Symptoms do not necessarily appear abruptly. Furthermore, ASIH may be associated with structural and genetic sperm damage. Although ASIH is usually temporal, disturbances in hormone and sperm production may persist for months after AAS withdrawal. Athletes who decide to stop taking AAS experience recovery of spermatogenesis (usually after 6-12 months); however, the reduced sperm count is not always reversible.

Scrotal injuries may occur in men participating in certain sport disciplines, and they represent threats to fertility.

It can be speculated that microtrauma sustained by testicles or the prostate gland during exercise may affect semen variables.

Some lifestyle choices and natural remedies can help support the hormones that control sperm production, which may aid the healthy development of sperm and improve sperm count.

Several studies have suggested that weight loss and exercise among people with overweight or obesity can lead to an improved or increased sperm count. However, the science linking a healthy body mass index (BMI) to a healthy sperm count is still weak.